Myself and Zhigang Peng from Georgia Tech, and many students, have since deployed nodal seismometers to better measure the location, frequency, and size of these earthquakes.

Myself and the team at a seismometer. 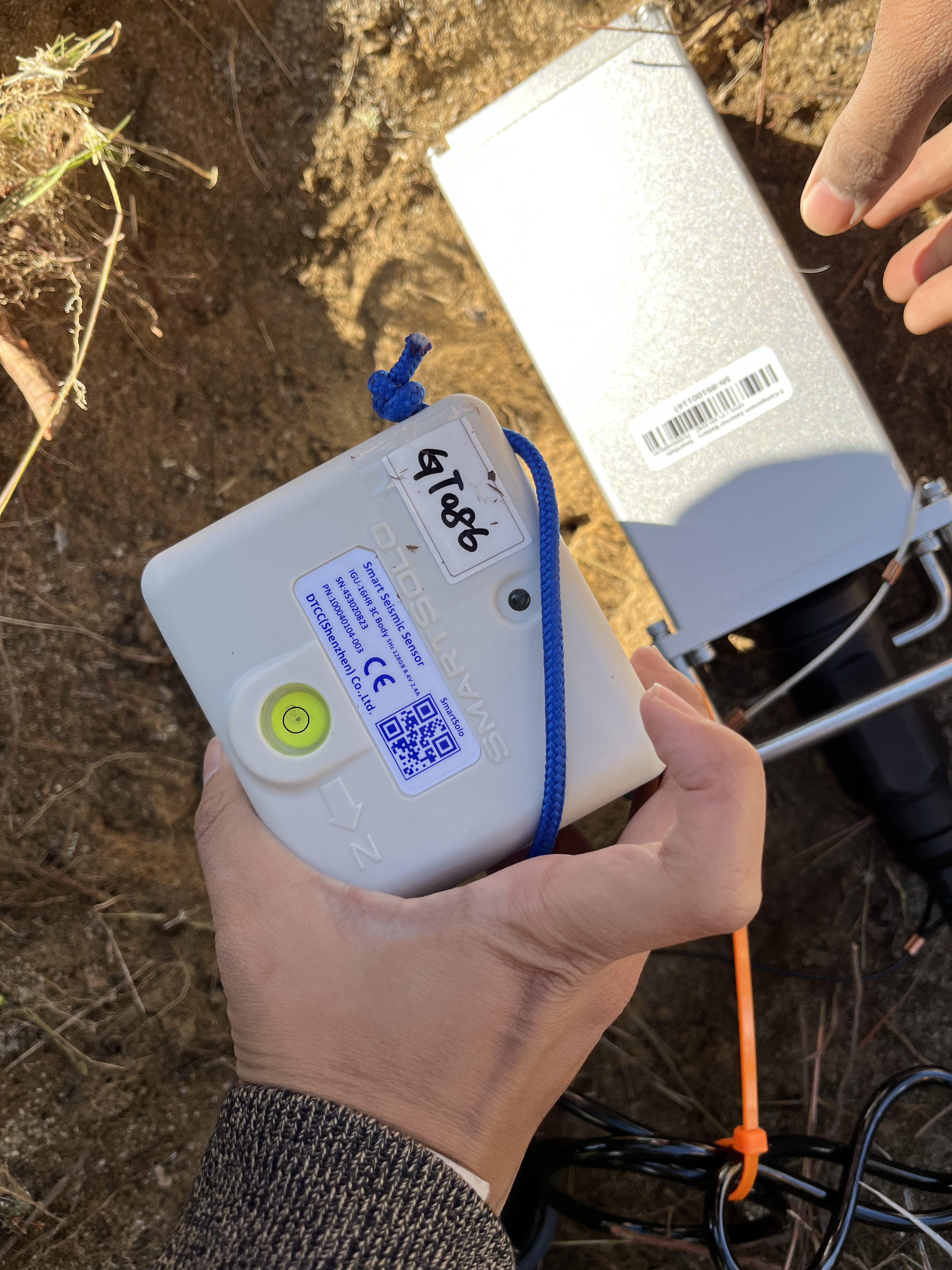 There is also a seismometer from the South Carolina Seismic Network very near to the swarm that is constantly recording and transmitting data to us. Take a look at the data feed here: http://eeyore.seis.sc.edu/scsn/junkyard/ 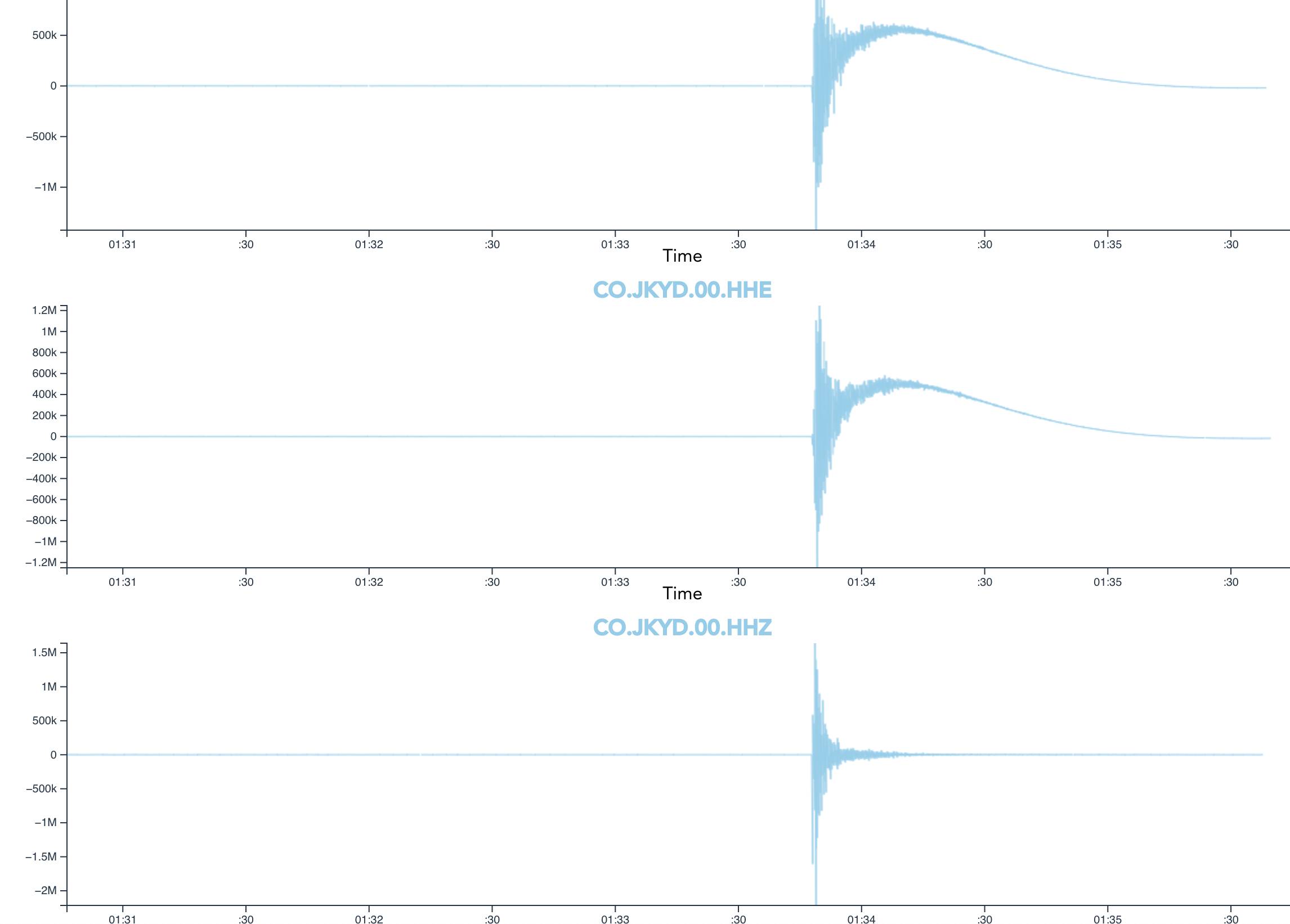 The seismometer recorded the ground moving up and down and side to side as the wave from the earthquake passed by.

The waves from the earthquake were felt at all of the stations in the South Carolina Seismic Network, arriving later at stations that were further away from Elgin. This plot was created by Steve Jaume of the College of Charleston.

After the earthquake many news agencies wanted to know more:

Check back in January of 2023 when we will collect the seismometers and start analysing the data.